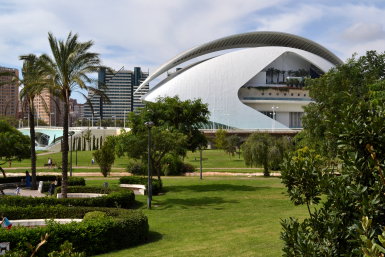 Demonstrative pronouns are covered in the lesson This and That.

A personal pronoun is a pronoun that represents a specific person, object, or group. In English these are words such as I, me, it, and them. Spanish pronouns have subject and object forms, like in English, but there are also differences in how pronouns are used in Spanish.

Subject pronouns in Spanish are often omitted. They are still used though for emphasis or to avoid ambiguity. For example to say "I am tired", someone would normally say "Estoy cansado" instead of "Yo estoy cansado".

There are several forms of "you" in Spanish.

In Spanish the direct object pronoun usually comes before the verb. It can also be attached to the end of an infinitive and the command form of a verb. For example: Yo puedo verlo. (I can see it.)

Pronouns can be difficult to master in Spanish. Here are some examples of how to use pronouns correctly.

Pronouns After a Preposition

When following a preposition, pronouns have the form shown in the following table. Note: yo and tú are used instead of mí and ti for a few prepositions such as entre and según, and when more than one pronoun is used.

The preposition con has a few special forms: conmigo (with me), contigo (with you familiar), and consigo (with himself, with herself, with yourself, with themselves).

Here are some questions to help you learn Spanish pronouns. Use the familiar forms of you.