Welcome to lesson 7 of the Learn English course. In this lesson you'll learn how to use adjectives in the English language. You'll also learn some common English adjectives. Flashcards are included to help you learn the adjectives included in the lesson.

Sarah and Cathy are in a store looking at new televisions.

Sarah: Look at how big that TV is.

Cathy: I bet it's very expensive.

Sarah: Yeah, and my apartment is too small anyway.

Cathy: Let's check out some other stores. 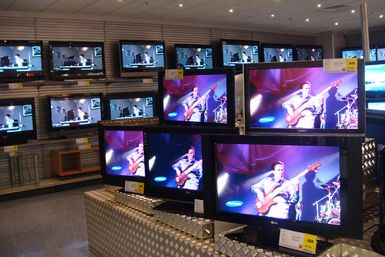 An adjective is a word that describes or gives more information about a noun or pronoun. Adjectives come before the noun they modify, unless they are linked to the noun by a linking verb.

A very common sentence template in English is:
Subject + be + adjective.

The subject can be any person, place, or thing. Using this sentence template, you'll be able to describe objects in English.

To ask if an object has a certain characteristic or attribute, you can use the the following sentence template:
Be + subject + adjective?

To say that something does not have a characteristic, you can use the following sentence template:
Subject + be not + adjective.

Some adjectives describe how much or how many of a noun there is, such as few, some, many, and all.

When two or more adjectives are used to describe a noun they are usually separated by the word and or a comma.

Do the online exam to see how well you understand the content of this lesson.